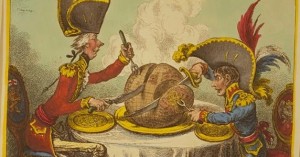 Reading Paul Mattick Jr. Or Sr. is always enlightening:  accusations of the ultra-left for a moment.

Lately, I have been doing a lot of reading on Strauss/Kojeve and on Engels as well as my day-job work on education and educational affordances (and critiques of educational reform from a historical and analytical perspective).

Today, however, I have read like nine essays on Lenin’s Imperialism–both pro and con–for a podcast discussion with Douglas Lain. As well as developments and counter-developments on the topic:  for example, Bazan and Sweezy’s “Monopoly Capital” and Paul Mattick’s critique of it.   There is actually a lot to deal with this and a lot of defenses and critiques on Lenin’s Imperialism are based on bad writings of text or readings that don’t know the textual history (for example, the original title was “Imperialism, The latest stage [or form] of Capitalism” not “Imperialism, the Highest stage of capitalism” which actually makes a big difference on the implications of the text).

Oddly the best on this kind of contextualization about what both Marx and Lenin did and did not mean was Mattick Jr. and, conversely, his dark Trotskyist lord,  Stallinicos… I mean… Alex Callinicos.  You can watch a fairly good speech on the subject here.  The only problem I had with Callinicos dealing with it is he just dismisses labor aristocracy, which is not an idea unique to Lenin but is formative, but under-developed, in Engel’s and did not significantly depart from Marx, in my opinion.

But IS (Tony Cliff-inspired Trotskyist) traditions do reject labor aristocracy as a deviations of Engels and Kautsky from Marx.  Charlie Post has a more developed critique that is his own, but is definitely more or less the one of the given opinions in IS circles.

Conversely, Labor aristocracy is essential to a lot of M-L-M and Third-Worldists.  Monthly Review has put particular emphasis on this. And it is the lynch-pin of third-worldist and even some non-third-worldist Maoist explanations for politics of the working class in the US.  I admit I find some of this convincing, particularly after reading Zak Cope and Bromma, but some of Charlie Posts points do complicate this for me:  does labor aristocracy require two separate rates of profit and account?   The transfer in state and monopoly capital–in a traditional commodity sense such things that require state patents and so forth–is explainable as a mechanism, but the tendency of profits to fall makes this a very temporal point: it would not be maintainable beyond certain points in a downturn or crisis of capital.  So military-keynesian policy and other state works as well as protected sectors would be labor aristocratic without two systems, so Post’s statement would seem like a over-claim, but that also makes positions like the early ones taken by groups like the LLCO also a little harder to parse because it would not apply to all the “first world” equally (something that Bromma does explain particularly well).  (Note: I have noted that the LLCO’s documents have gotten more much more nuanced in argument as the last few years).

Is Post wrong? And if Post is right on some of the claims, does that mean Lenin was totally off on this?  I don’t know.   J. Moufawad-Paul does take down a lot of the vulgar objections strongly, but there are some points about Kapital that Post raises that Moufawad-Paul doesn’t attack.  Regardless, you can see how much of a theoretical problem this can be EVEN if one contextaulizes the content.

This brings us to other criticisms of Lenin’s Imperialism:  Keith Joseph’s Questioning Lenin’s Theory of Imperialism.

I find some of Joseph’s arguments interesting particularly on monopoly capital after WWII; however, a lot of his critique is based on the idea that Lenin was proposing a two-stage theory of capitalism, which monopoly capital being the “final” stage.   Like I said above, this is deduced from a bad translation of the title and from imposing Lin Baio’s “first and third world” distinctions on Lenin, which were used in 1950s-1970s, Marxist-Leninist and anti-revisionist politics, but are actually reading things unto the text that I didn’t find there entirely.  There are some interesting points in this.

Readers may note that I have not actually given a lot of my opinions on this. I will be discussing this with Douglas Lain and there I will talk about my own ideas, but this is give contextualization for the debate/discussion.

Here’s more readings on the topic that I have looked at and found interesting but were not necessarily mentioned above: 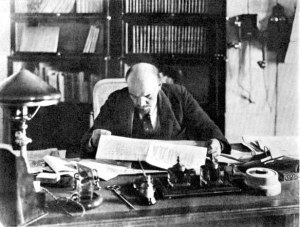 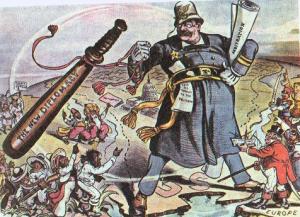 On the History of Imperialism Theory